How Much Does Medical School Cost? 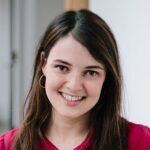 From a financial perspective, there are few careers more desirable than that of a medical doctor. In addition to significant earning potential, doctors typically enjoy great benefits and even better job security. Those are definitely attractive qualities in a career – assuming you can figure out how to pay for medical school.

Medical school is notoriously expensive, but pinning down the exact costs can be difficult. That said, you can explore several different options to help make medical school more affordable.

How Much Does Medical School Cost?

The cost of medical school largely depends on whether you’re attending a private or public university.

The average cost at a private university was $57,619 a year for in-state students and $61,490 for out-of-state students. Some private schools charge the same rate whether you’re an in-state resident or not.

How to Plan Ahead and Save on Medical School

Most med school students end up with hundreds of thousands in student loans – a high price tag that is largely unavoidable – but there are a few ways to whittle down the cost.

Fill out the FAFSA

Students who want to alleviate the cost of medical school should fill out the Free Application for Federal Student Aid (FAFSA), which often provides access to federal grants and student loans. Many schools also use information from the FAFSA to determine their own scholarships and grants.

Try to fill out the FAFSA as soon as it’s ready, because some grants and scholarships are only available on a first-come, first-serve basis.

When you receive your acceptance letter from medical schools, they’ll include a financial aid letter showing how much federal aid the college is willing to offer.

Individual universities are the ones who determine how much federal aid you qualify for, not the federal government. Pick the school that’s willing to lend you the most in federal aid so you can save money.

Cost-of-living expenses for medical school graduates add up quickly and should be a key consideration for anyone looking to save money. For example, renting an apartment in New York City will be much more expensive than renting one in North Carolina. Opting for an area with more affordable living expenses could help offset the cost of medical school.

Don’t forget to factor in groceries and transportation. When deciding between med schools, compare the locations with a cost-of-living calculator.

Doctors are eligible for federal loan forgiveness if they work for an eligible government or nonprofit organization, such as a public hospital or university.

Public Service Loan Forgiveness (PSLF) is the main federal student loan forgiveness program, which erases any remaining balance after 10 year’s worth of payments. Borrowers also won’t have to pay income tax on the amount forgiven.

Many states have their own physician-specific forgiveness programs, usually requiring applicants to work in an underserved or low-income area for a few years. For example, doctors in California can have $50,000 forgiven after working just two years in a designated area. Once those two years are over, they can extend that contract for up to four years in total to have $60,000 more in loans forgiven.

The armed forces also have their own forgiveness programs for doctors who enlist.

If you’ve maxed out your federal student loans and still need money to cover tuition and fees, private lenders can help. Choosing the right lender matters, so don’t just go with the first bank you find. Take the time to compare interest rates and terms between various lenders.

If you take out student loans to cover the cost of medical school, consider refinancing them as soon as you start working. Refinancing private student loans can save you tens of thousands in interest.

You can refinance student loans as often as you want. As a doctor, you’ll be a great candidate for student loan refinancing because of your income potential and job stability.

Pay loans while in residency

Many borrowers choose to defer their loans while in residency, but interest still accrues during that time. Even though you don’t make much money as a resident, you should still try to make payments on your student loans.

If you have federal loans, you can take advantage of income-driven repayment plans to lower your monthly payment and make it more manageable.