U.S. Cities With the Most Student Loan Debt 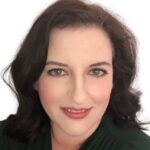 You’ve heard it on the news: student loans are a national epidemic. According to Experian, Americans carry $35,359 in student loan debt, on average. However, where you go to college and where you live can have a big impact on how much you need to borrow to pay for school and how much you’ll owe after graduation.

10 Metropolitan areas with the highest levels of student loan debt

While student debt is pervasive, it affects some metropolitan areas more severely than others. Experian reported that people who live in or near college towns tend to have the highest student loan balances.

To understand where education debt is the worst, we looked at 10 cities with the highest average levels of student loan debt based on Experian’s latest data. 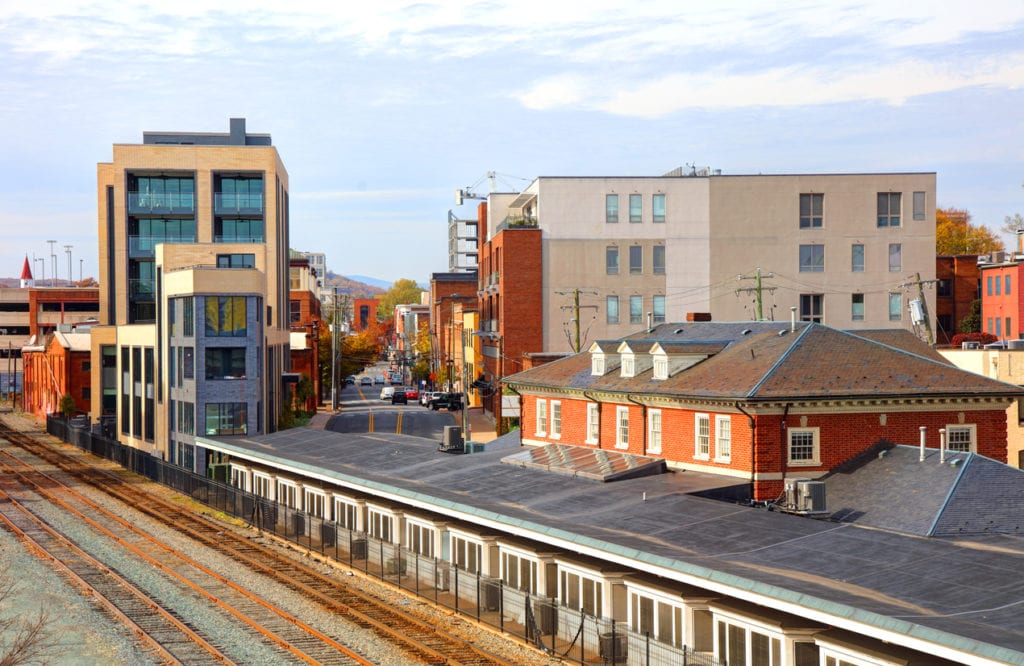 Charlottesville is home to a number of universities and colleges including the American National University and the University of Virginia.

The large number of people with a degree is likely why people working in Charlottesville earn more money than the typical person, too. The median income for all Americans is $32,838. In Charlottesville, that number jumps to $36,400.

The biggest industries in Charlottesville are management and business services, accommodations and food service, and sales.

Related: The Average Cost of College 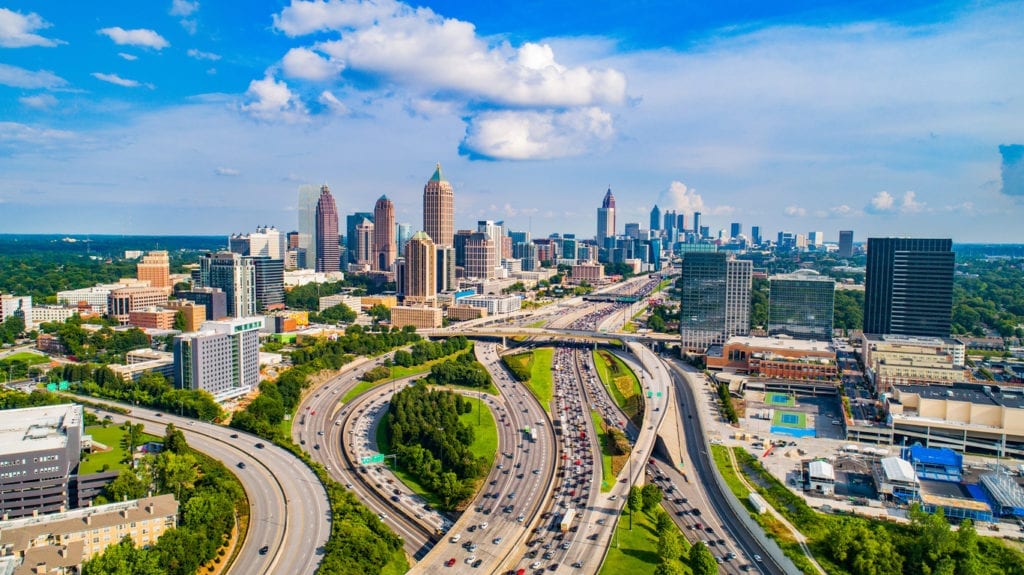 There are dozens of universities in the Atlanta area, including Georgia State, Emory University, and Morehouse College.

Atlanta residents tend to be highly educated; over 43 percent of its population has a post-secondary degree. That benefit turns into higher salaries. The median earnings for the area is $38,400.

Finance, healthcare, and manufacturing are three of the biggest industries in the region. The largest employers, based on employee headcount, are Northside Hospital, The Home Depot, Emory University & Emory Healthcare, and Delta Air Lines. 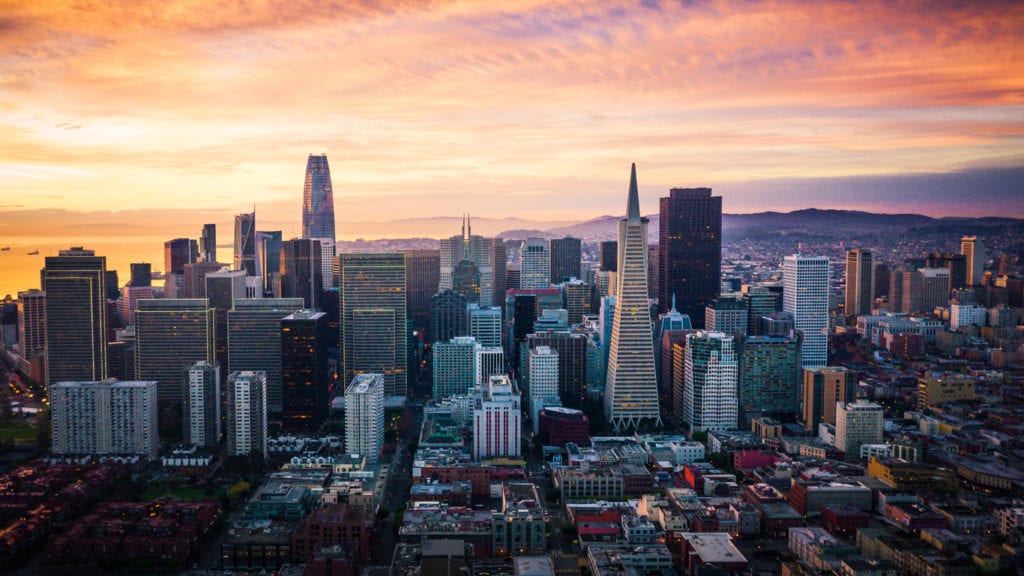 Many well-known and expensive universities are located in or near San Francisco, such as Stanford University and the University of California, Berkeley.

The Bay Area in California — which includes San Francisco — has grown by 600,000 people since 2010. That growth is because the San Francisco metropolitan area is the base for many major companies, including Salesforce, Wells Fargo, and Uber.

Because of the prestigious employers in the area, San Francisco has much higher levels of degree attainment. Over 53 percent of the population has a post-secondary degree, and the median earnings are $50,900. 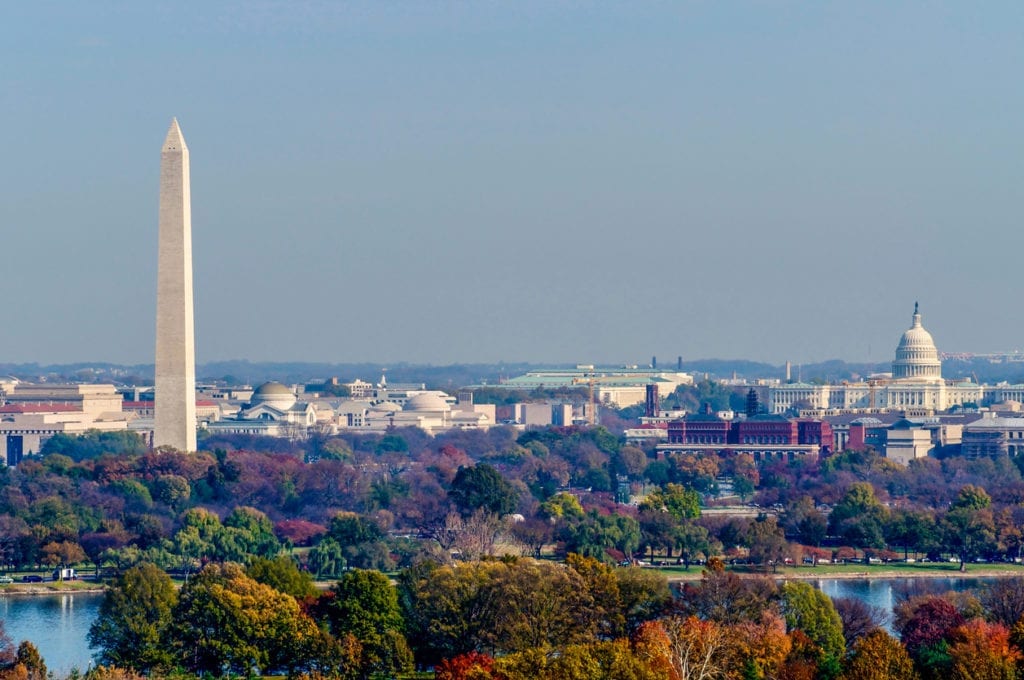 The Washington D.C. area has many elite universities and colleges, including Georgetown University and American University.

The biggest industries are government, public school administration, and healthcare. To succeed in these fields, you need higher education, so it’s no wonder that over 58 percent of the population has received a college degree.

The median earnings are $56,700. However, the cost of living in Washington D.C. is quite high, so people may struggle to afford both their living expenses and student loan payments. 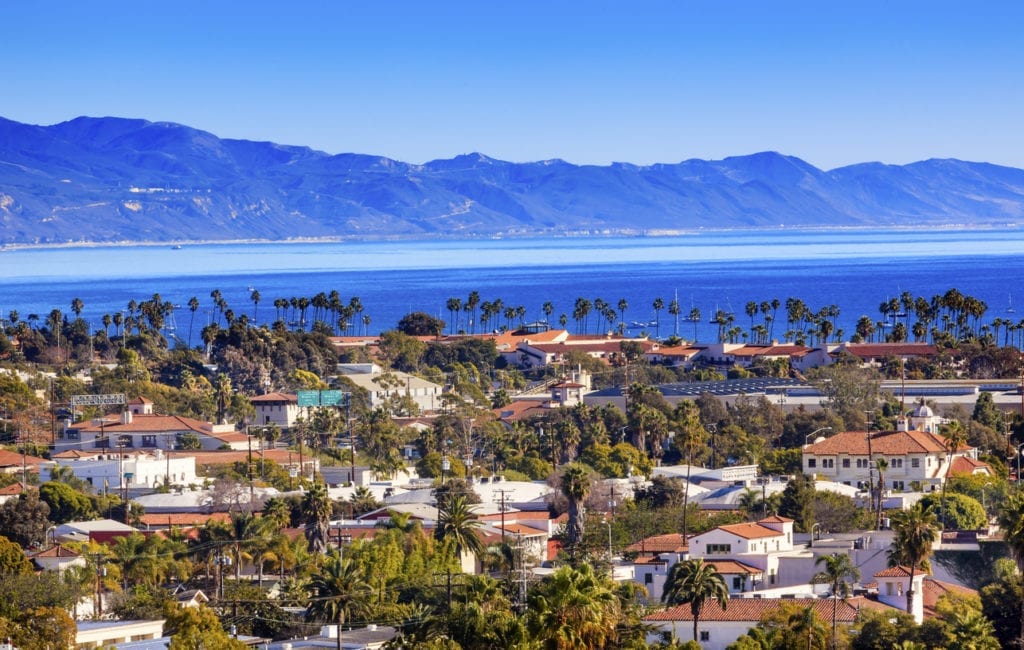 If you live near Santa Barbara, you may have gone to school at the University of California, Antioch University, or Westmont College.

The top industries in the area are in education, hospitality, and healthcare. Major employers include the Four Seasons, the University of California, and Pacific Diagnostic Lab.

About 52 percent of the population has a college degree, and the median earnings are $38,800. 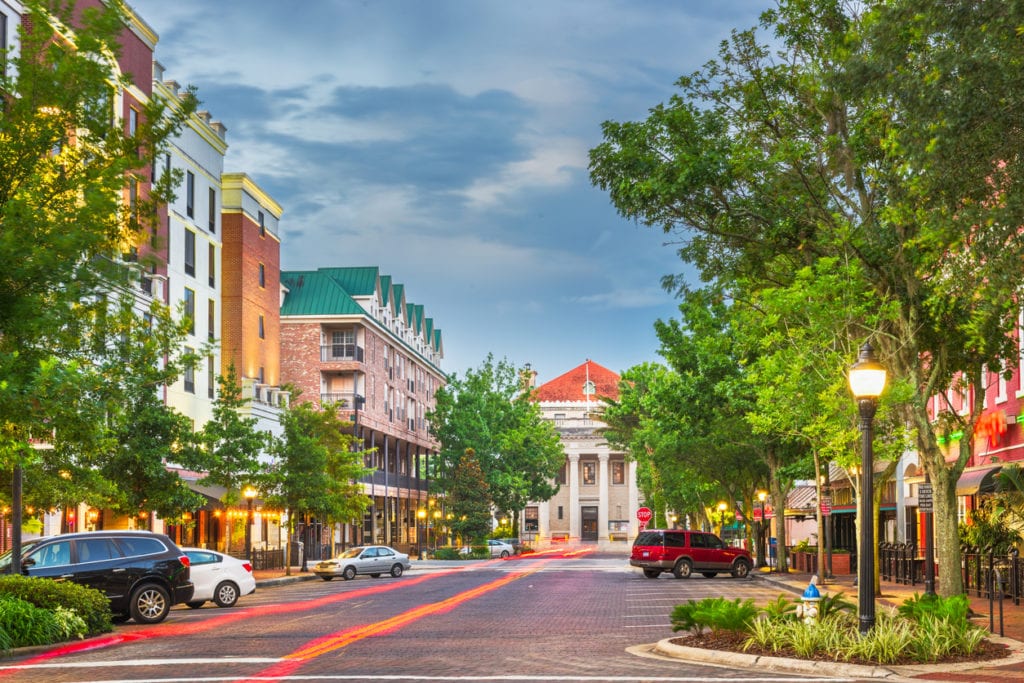 Gainesville, a city in northern Florida, is well known as the home of the University of Florida. It’s a relatively small college town, with just over 133,000 residents. The Santa Cruz area has one major college: The University of California-Santa Cruz. It’s also one of the region’s biggest employers, along with local government and administration offices and hospitals.

More than 50 percent of the metropolitan area’s population has a bachelor’s degree or higher. The median income for Santa Cruz is $40,200. 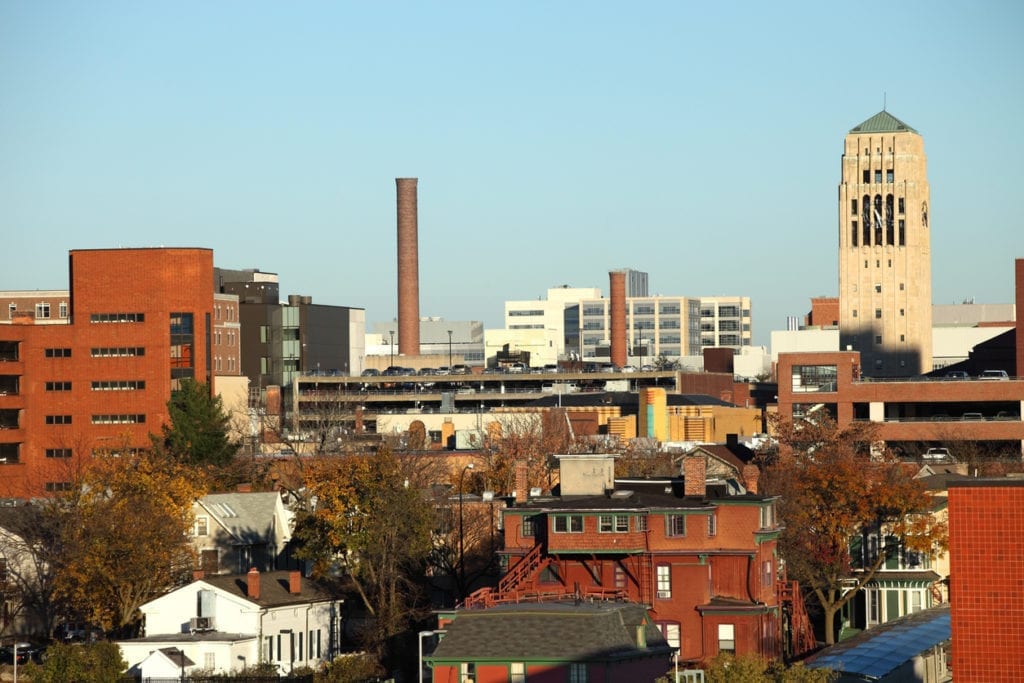 Located outside of Detroit, Ann Arbor has a number of universities in it. The largest is the University of Michigan, which has over 28,000 undergraduate students.

Besides being the biggest school, the University of Michigan is also the area’s top employer, followed by Trinity Health and Ann Arbor Public Schools.

Ann Arbor has the highest percentage of college educated people on this list; 72 percent of the population have a bachelor’s degree or higher. With so many people getting degrees, it’s no surprise that Ann Arbor is among the top three in terms of student loan debt.

Read More: 5 Financial Tips for After You Refinance Student Loans Oregon State University is based in Corvalis, with over 24,000 undergraduate students enrolled. Corvalis is a relatively small town, with just over 50,000 residents, so the University is a major economic driver for the area.

Corvalis has a remarkably high number of people with college degrees. Over 61 percent have a post-secondary credential. However, the median earnings are relatively low; it’s just $36,100. 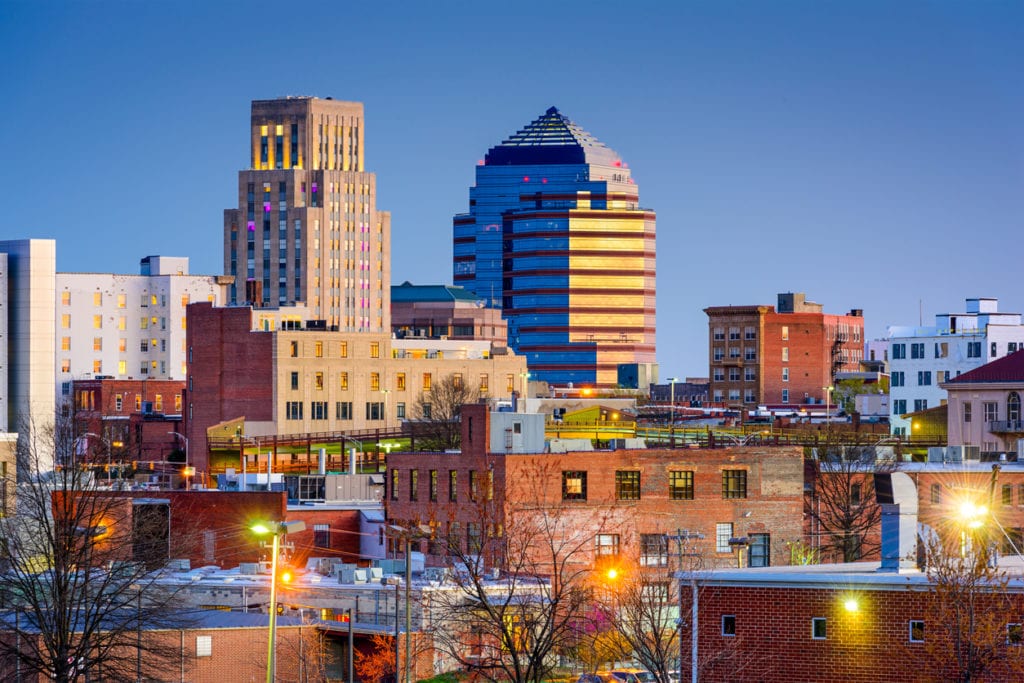 Known for its technology and educational facilities, Durham has a number of elite universities in or near the city. Some of the biggest schools include Duke University, the University of North Carolina at Chapel Hill, and North Carolina Central University.

Those schools can be quite expensive. A single year at Duke University for an undergraduate student can cost $78,608 before financial aid. With such steep tuition fees, it’s no wonder that Durham leads the country in student loan debt.

Over 48 percent of the population has at least a bachelor’s degree, and the median earnings are $37,000.

Paying Off Your Student Loans

Whether your city is one of the 10 cities with the most student loan debt or not, paying off your education loans is key to your financial freedom. If you’re looking to pay off your debt as soon as possible and save money, consider student loan refinancing.

You can use ELFI’s Find My Rate tool to get a rate quote without affecting your credit score.*

How to Budget for Food While Paying Student Loans
Does It Cost More to Double Major in College?
Can You Use Student Loans for Rent?
Full Time vs Part Time College Credit Hours: Which is Best for You?
Want a Job That Offers Student Loan Forgiveness? Here Are 11 Options.