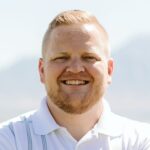 On average, veterinary school graduates start their careers with roughly $167,534 in debt, according to the American Veterinary Medical Association (AVMA). The average starting salary, though, is just $87,000.

As you leave college to begin your career as a veterinarian, it’s important to consider where to take your skills and either join a practice or start your own. To help you decide, we looked at data compiled by the Bureau of Labor Statistics to help you find the 10 best cities for veterinarians and vet students.

The 10 best cities for veterinarians and vet students

Getting into a career in veterinary medicine is a pretty good idea if it’s something you’re passionate about. According to the Bureau of Labor Statistics (BLS), the employment of veterinarians is projected to grow by 16% from 2019 to 2029, which is a much higher rate than most professions.

It can be challenging to know where to live after you leave college, though, especially if you have a specialty like veterinary medicine. You may be tempted to stay where you are or go back home where you feel comfortable. But depending on where that is, you may be selling yourself short.

The best places to work as a veterinarian will make it easy to get by on a salary based on the average wages and cost of living. It’ll also be an area where there are plenty of veterinary jobs available and at least a decent-sized population, so you’ll have plenty of business.

Here are our top picks for the best cities for veterinary students after they leave school.

Houston and the surrounding metropolitan area have the tenth-highest number of jobs in the country in veterinary medicine at 1,130. What’s more, the average salary is $159,140, which is the fourth-best in the nation.

Considering that Houston’s cost of living is 96.5% of the national average, that high salary will go a little further than it would many places in the country.

Also, Houston is home to roughly 2.3 million people, so it’s safe to say that there will always be business.

One of the southernmost cities in the Golden State is an excellent place to live overall with its relatively mild climate. For veterinarians, though, it can be a boon. The city has 1,170 veterinarian jobs, making it ninth on our list.

The average salary for veterinary professionals in the area, which also includes Carlsbad to the north, is $118,450. The only drawback is that the cost of living in the city is a whopping 160.1% of the national average, so your salary won’t go nearly as far as it will in other areas.

Still, job security and an excellent place to live can be worth that trade-off. There are more than 1.4 million people living in San Diego, which means there’s room to grow in your career.

The Boston metropolitan area has just as many veterinarian jobs as San Diego (1,170), but the city itself has fewer than half the population at 692,600. The average salary for a veterinarian there is $111,630, which is high, but with a cost of living that’s 62.4% higher than the national average, it may be more challenging to get by on that income.

But as with San Diego, job security is an important aspect of a long and happy career, and Boston can be an excellent place for that.

Our other pick in the Lone Star State, Dallas is a growing hub for jobs of all kinds. According to BLS, the city and its surrounding area have 1,180 veterinarian jobs, making it one of the best cities for veterinary school graduates.

The average salary is the same as what you can expect in Boston at $111,630, but Dallas’s cost of living is quite a bit lower — just 101.6% the national average. So if you want some of the same job security you can expect from Boston, but want more real value from your salary, Dallas should be on your radar. The city has more than 1.3 million people, so there will always be room for more veterinary professionals.

This capital city in the South may be the right place for you, with 1,270 veterinary jobs in total. For veterinary professionals who work there, the average salary is $100,390, which is the lowest on our list.

Also, the city’s cost of living is 107.5% of the national average. But compared with some of the other big cities we’ve discussed, you may still find that your smaller salary does just fine. The city has almost 507,000 residents.

Our nation’s capital and the surrounding metropolitan area has 1,720 veterinary jobs, a huge step up from Atlanta. The area also has the second-highest average salary on our list at $133,210, which can be appealing for many veterinary school graduates.

Just keep in mind that the cost of living there is 152.1% the national average, which reduces the real value you gain from working there. But the city has almost 706,000 residents, so there is room for career growth.

The Windy City and its surrounding area have 1,790 veterinarians, plus there are roughly 2.7 million people living in the city, so it’s unlikely demand for professionals will wane anytime soon.

According to BLS, the average salary for a veterinarian is $105,840, which is the second-lowest on our list. The good news is that the cost of living in the city is just 106.9% the national average, so you may still do better in terms of how far your money will go than some other cities with higher averages.

Philadelphia’s metropolitan area also encompasses Camden, New Jersey, and Wilmington, Delaware, so you don’t necessarily have to settle down in the City of Brotherly Love. The average veterinarian salary in the area is $114,240, which is on the higher end of our list.

Also, the cost of living in the city is just 101.2% the national average. Among the current population of almost 1.6 million, there are 1,820 veterinarians, so the demand is there, and it could be an excellent place to grow into your career.

The West Coast city could be a welcome destination for veterinary school graduates who prefer a warmer climate. Los Angeles has almost 4 million residents, 1,930 of which are veterinarians. While that’s low relative to the population, especially compared with some of the other cities we’ve covered, it also means the demand is high.

Just keep in mind that the city’s cost of living is very high at 173.3% the national average, which means the average veterinarian salary of $116,860 may feel like a lot less. But with such a large population and need for veterinary medicine, you may not struggle to find and keep a job.

Our best place to work as a veterinarian is New York City, where there are a whopping 3,430 veterinarians, far more than any other city in the country. Of course, the city’s population is 8.3 million, so the demand is much higher than anywhere else.

Veterinarians in New York City can expect to earn an average salary of $124,590, which is the third highest on our list of options. But New York also has the highest cost of living at 187.2% the national average. That said, city lovers can’t beat the atmosphere in the Big Apple, and there will always be a high demand for veterinary services in such a large area.

How to Choose Where to Begin Your Career as a Veterinarian

Deciding where to live after you graduate veterinary school can feel daunting, and it’s important to consider all aspects of each option before you choose. For example, understanding average salaries is good in the long run, but you’ll also want to know what starting salaries look like for the short term.

Also, many of these cities have very high populations, which means the demand for veterinarians will always be high. But if you prefer a smaller city or even a rural area, it may be more challenging to find all this information online. Do your research to improve your chances of finding the right fit for you.

The best cities for veterinary school graduates offer a lot of opportunity and room for growth, but where you choose to land is a personal decision, so do your due diligence.

Notice About Third Party Websites: Education Loan Finance by SouthEast Bank is not responsible for and has no­­­ control over the subject matter, content, information, or graphics of the websites that have links here. The portal and news features are being provided by an outside source – the bank is not responsible for the content. Please contact us with any concerns or comments.