States with The Highest and Lowest Student Loan Debt 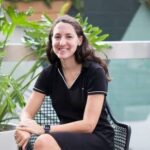 Across the United States, millions of Americans have outstanding student loan debt. But this debt burden is not distributed evenly. In some locations, people owe much more than others. This can happen because certain states have more colleges or more expensive schools, thus attracting a higher percentage of well-educated individuals with a lot of student loan debt. It can also occur in areas where there are a lot of high-skilled jobs, as these positions tend to be held by people with advanced degrees who often amassed a lot of debt to earn those credentials.

Looking at student loan debt by state can help you see where educational debt tends to be concentrated. Understanding this college debt by the state is interesting, as you can see how your state compares to those around you.

It’s beneficial to look at the average college debt by state to understand which states have the most and least student loan debt.  The list below shows how much outstanding loan debt is in each U.S. state.

As you can see, student loan debt varies considerably, with some states having billions more than others. This guide to college debt by student reveals which locations have the highest total outstanding student loan balance.

Students’ total college debt is affected by the state’s population, with states who have more people naturally having more student loan debt. As a result, it can also be helpful to look at average student loan debt per borrower when assessing where people owe the most.

And here are the states with the lowest amount of student loan debt per borrower according to Smartest Dollar.

Managing your own student loan debt

Knowing student loan debt by the state is interesting, but it doesn’t affect your ability to repay your loans. Regardless of where your state falls in terms of average college debt by state, you will still need to repay the amount you owe to your lenders over time.

The good news is that there are some ways to make this repayment easier. Refinancing involves paying off your current educational loans with the proceeds of a new loan. If your new loan has a lower interest rate, you can reduce financing costs. Depending on your repayment time, you may be able to save money over time and save each month. ELFI offers student loan refinancing for both undergraduate and graduate students, as well as parents who took out loans for their children.* Use the ELFI student loan refinancing calculator to see just how much you could save refinancing your student loans.

So, while it’s interesting to consider college debt by state, the best use of your time is to explore refinancing options to see how you can keep costs down as you work to become debt-free.

Pros and Cons of Having a College Minor
Scholarships for Homeschoolers
How to Pay Off Six-Figures of Student Loan Debt
Medical Residency Requirements & How to Apply in the USA
What is the ROTC, and How Can It Help You Avoid Student Debt?